The importance of sports for children and young adults cannot be underestimated. Sports are a great way for children to learn essential life skills that will serve them in later life, such as teamwork, cooperation, and the principles of a healthy lifestyle.

For the last 21 years, the small team at the Cross Cultures Project Association (CCPA) has been working to re-engage people of different backgrounds in Bosnia and Herzegovina (BiH) through sports, with an emphasis on football, to create safe “meeting places” to help people rebuild trust and breakdown hatred and fear. Since the program began in 1998, CCPA has engaged 66,950 children in BiH alone, and 244,451 children throughout the Balkans, in multi-ethnic football programs. Many of these programs’ past participants have returned as young adults to coach the next generation of children.

After working in BiH for the UNHCR during the war, Anders Levinsen decided to return to the country in 1998 to help rebuild. It was during that time that Levinsen came up with the idea to use football as an uncomplicated and relaxed way to rebuild trust and break down the hatred, fear, and animosity that lingered in communities that remained divided. Thus, CCPA was founded with a vision to utilize football schools and camp programs to create safe ‘meeting-places’ for BiH youth. Vildana Delalić-Elezović, CCPA’s Project Coordinator for BiH, described that, during those initial years, there was, “a lot of rebuilding in terms of new roads, new bridges, new infrastructure, new everything, but hardly anything was done to rebuild communities and the relationships between people.”

The organization’s main program is its Open Fun Football Schools (OFFS), which operates under the simple and powerful Cross Cultures slogan of “bringing people together” and offers children from across ethnic and social divides and from different regions and municipalities are offered a way to interact and build relationships through a shared love for football. The OFFS provide all-inclusive, five-day and one-day football programs for people regardless of their skill level, gender, and social, ethnic, religious or political backgrounds. Each event follows a “two-city approach” in which at least two municipalities of largely different ethnic makeups are brought together, engaging children from each community. In addition, rather than splitting the participants into two teams to play against each other as would be the case in a typical football match, they are divided into twelve groups by age, intermixing children from each municipality. The twelve groups of children then spend their time transitioning through twelve different stations to learn football skills and play games that incorporate various approaches to cooperation and teamwork. These games additionally allow the children to build relationships among peers within their age group by simply being on a team together. 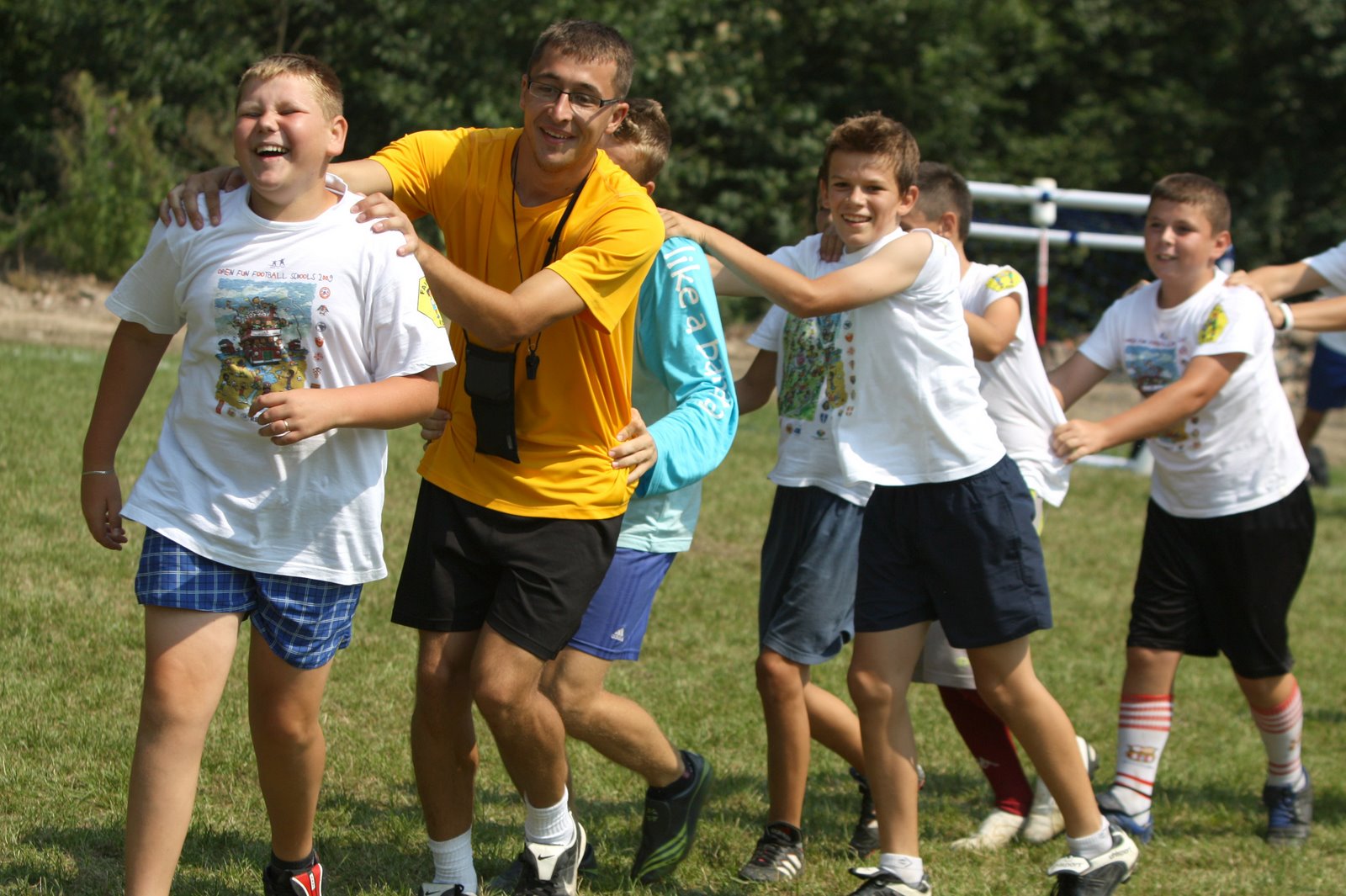 The OFFS program not only encourages relationship-building among its youth participants but also adults from different communities, which begins long before the actual events take place. Using football as the central and primary focus, the OFFS program creates a safe space for adults from different societies and backgrounds to meet and interact with one another in positive ways. With incredible buy-in from the municipalities, the program has never had to pay or rent a football field for their programs, and, as a special bonus, CCPA donates all of the football equipment to the communities involved for continued use following the event.

The OFFS program has achieved great success over the past two decades. Since its inception in 1998, CCPA has led 325 five-day OFFS programs in BiH and 1,228 programs across the Balkans in Serbia, Croatia, Montenegro, Kosovo, and Macedonia. These programs have not only engaged 244,451 children throughout the Balkans but have also inspired many of their former youth participants to return as counselors and coaches to replicate the lessons they learned and help build relationships similar to those they established as a result of their previous participation. 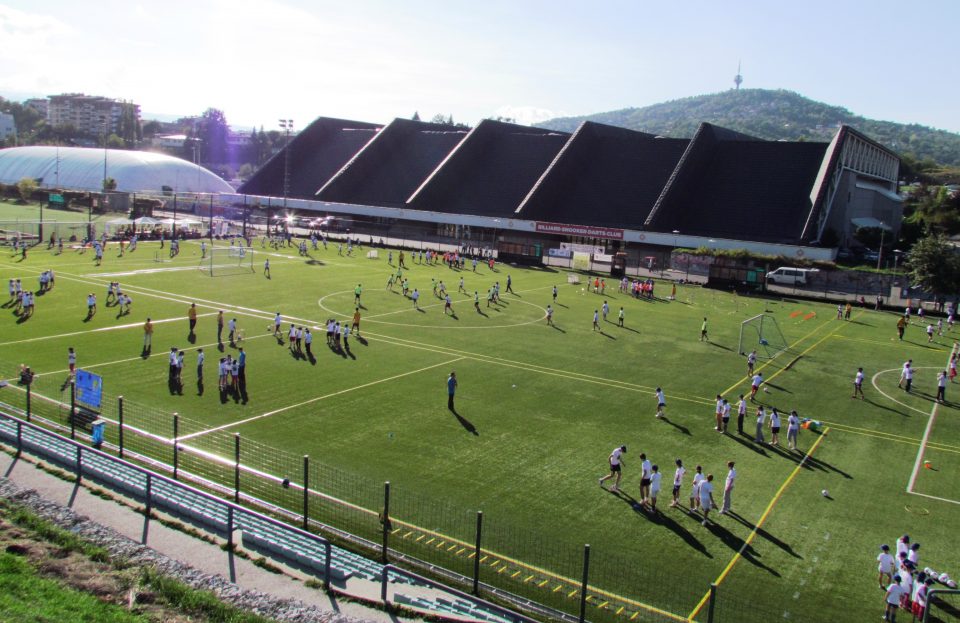 In addition to teaching young people football and how to be teammates with other children from different communities and backgrounds, CCPA has been able to impart other important lessons to those involved in their programs. During each OFFS event, the organization creates what it calls “Station 13”, which is dedicated to teaching participants about subjects outside of football. In the past, Station 13 has included lessons about landmine awareness, ecology, and efforts to reduce littering. These lessons delivered during play, physical exercise, and football matches help contribute to the holistic development of youth throughout the Balkans. In the future, CCPA hopes to use “Station 13” to deliver lessons about the dangers of smoking as part of BiH’s national Klima Bez Dima anti-smoking initiative. Several studies show that youth involvement in sports can greatly contribute to the prevention of tobacco, alcohol, and drug abuse. One such study of U.S. public high school students entitled ‘Her Life Depends On It III’ conducted by the Women’s Sports Foundation, found that those who participated in organized sports were 22% less likely to smoke cigarettes and that the more involved a girl was in sports, the less likely she was to smoke.

In August 2018, the OFFS programs were further expanded to include young migrant children living in BiH. During a five-day OFFS program, which was held in the Bosnian town of Cazin, CCPA-BiH, with the support of the International Organization of Migration (IOM), was able to engage migrant children from a nearby migrant reception center. One of the program’s trainers described how the migrant and local youth were able to actively socialize and build relationships despite the fact that they did not speak the same language. He described, “They have found a way to overcome the language barrier using the international language of sports.” Programs like these demonstrate the inherent willingness and desire among children to find ways to interact and build relationships with one another no matter their differences. Through their extensive football programs, CCPA has been able to teach children from different communities and backgrounds that they can become friends and teammates despite their differences.

An organization that originated in BiH is now not only replicating its football programs across the Balkans but globally in several countries within Asia, the Caucuses, the Mena Region, and, most recently, South Sudan. Through its efforts, CCPA has shown that even people who have once been at war with one another can use sports to help rebuild their communities and relationships and restore a culture of peace.

Beginning this summer, on 1 June 2019 in the BiH city of Doboj, CCPA will start their 21st season of creating a culture of peace by hosting their annual Mini Championship street tournament, which will coincide with the EUFA Champions League Final.