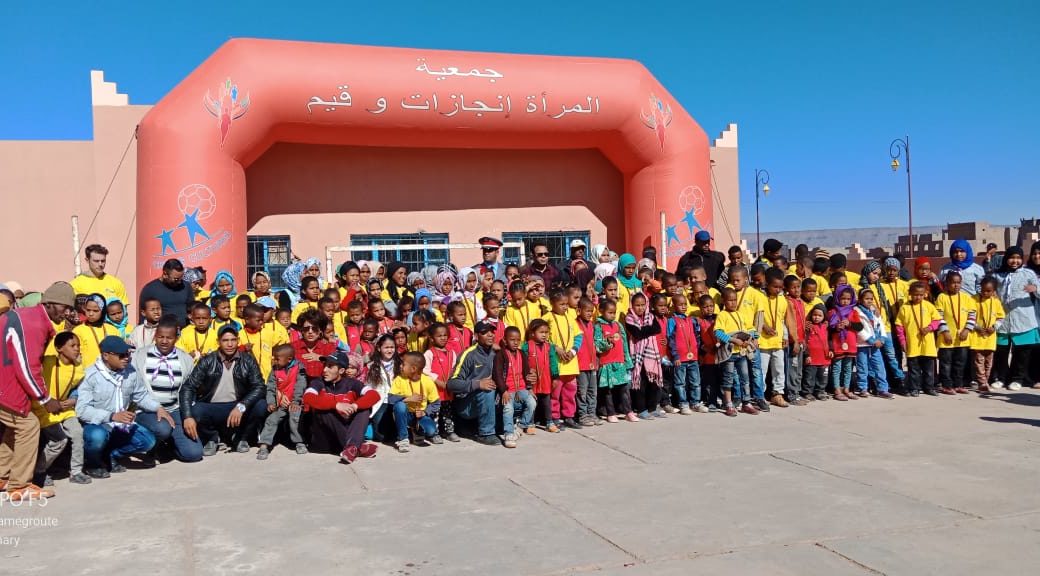 I believe that natural and geographical conditions are not an obstacle at all. Rather, it is a challenge and a catalyst for the quest to promote a culture of sports practice that has become a necessity for everyone at all stages of life. The association “Femmes Réalisations et Valeurs” (“Women, Achievements and Values” with the support of it’s strategic partner Cross Culture has organized the fourth round of the Sport for All Caravan, from January 24-26 2019, in the areas Mhamid El Ghizlane, Tagounit, and Tamgrout, in the province of Zagora, South East of Morocco. 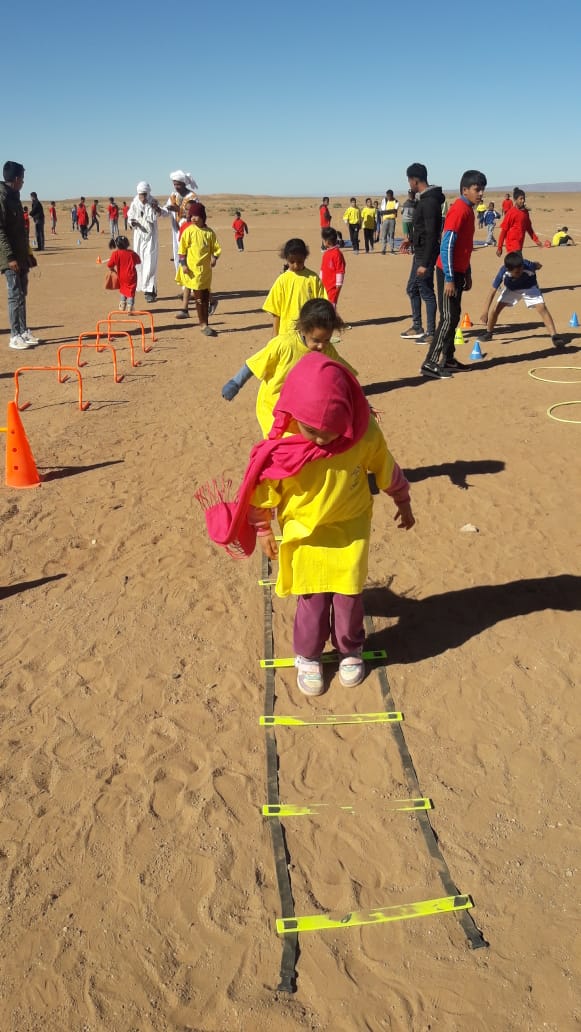 About 3,000 citizens have benefited from the sports, educational, and entertaining activities, organized in cooperation with the associations of the Mahamid Sports Club, the Friends of Tagounite, and Amal Sports Association of Tamgrout. It also attracted hundreds of young people from nearby villages and douars, who interacted in a good way in the various workshops.

This sports festival, which featured the participation of elected bodies, local authorities, and civilian society, included workshops in various sports – both collective and individual, including attractive Fun Football and some martial art shows, as well as traditional games. 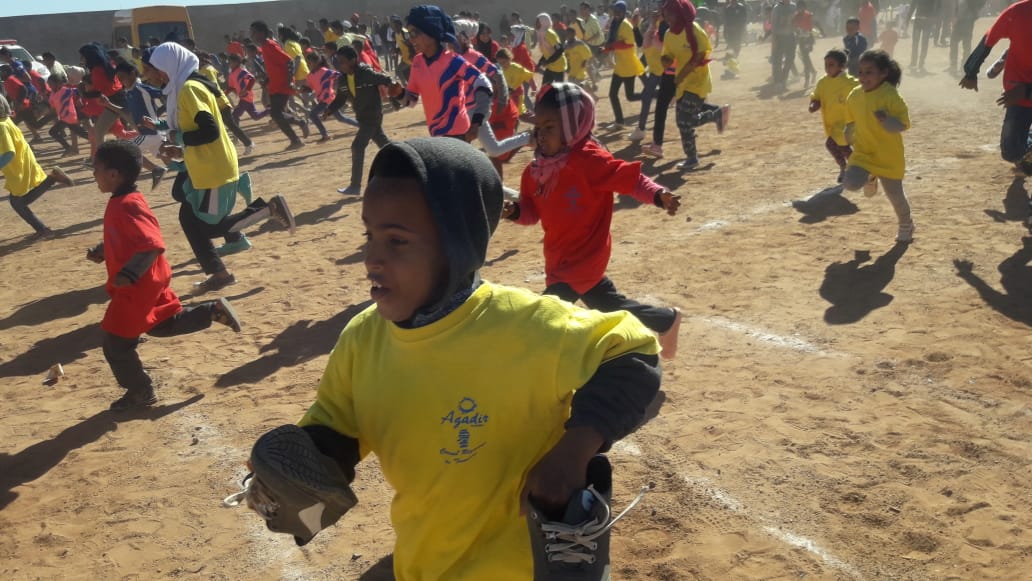 The former athletes Rachid Al-Basir, silver medallist at the Olympic Games of Barcelona 1992 (1500 m) and Ibrahim Lahlafi, who won the 5,000 m bronze medal at the 2000 Sydney Olympics, also contributed to the framework of the these sports workshops.

In order to encourage the practice of sport and to make it a daily behavior in the life of the region, sports equipments were distributed to civilian society associations that are active in the field of sports. Further, medals were given to all the young participants in the sport caravan, which creates a kind of interdependence and cohesion between different segments of social- and age groups. 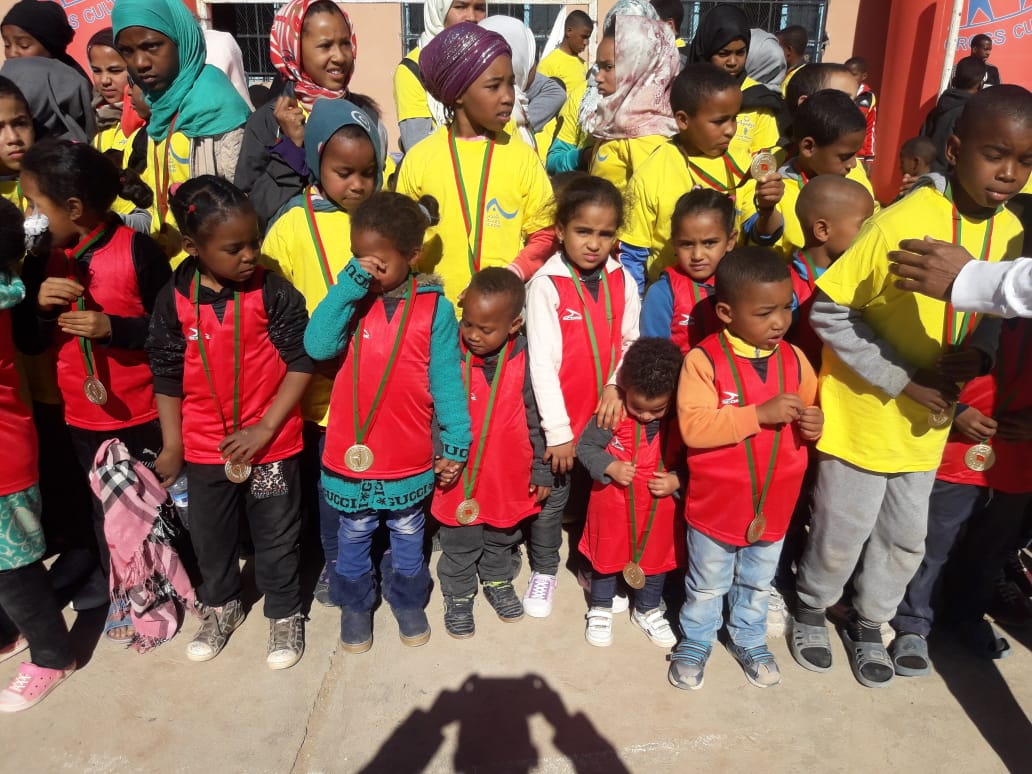 The association “Women, Achievements and Values”, together with the Friends of Tagounit Association, also organized a two-kilometer race for boys and girls with the participation of hundreds under the supervision of President Nezha Bidouane, who is double world champion and Olympic champion, accompanied by Olympians Rachid El Bassir and Brahim Lahlafi.