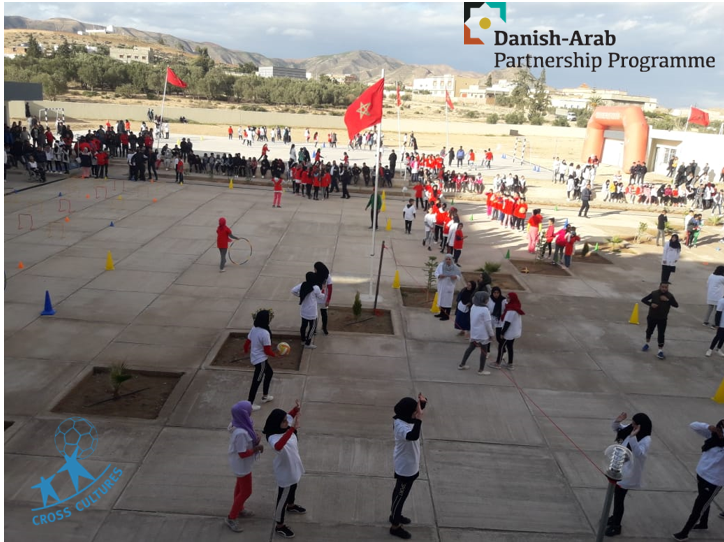 Cross Cultures and the association Women, Achievements and Values organizes two sports days in Driouch in the North East of Morocco.

Tafrist and El Kindi colleges hosted the sports events, which hundreds of students from both institutions took part in. Workshops at Tafrist and El Kindi varied between fitness exercises, mixed matches in mini-football, volleyball, basketball, ping pong and athletics, as well as some traditional games, unique to the region, with which pupils interacted heavily.

The two events were evaluated in a direct interactive meeting between students of the two institutions and Mrs Nezha Bidouane, president of Women, Achievements and Values. This encouraged them to saturate the optimal values of sports, especially the spirit of citizenship, good morals, good behaviour and good practice.

Cross Cultures and Women, Achievements and Values launched its sporting season 2019-2020 on October 4 by organizing the Fun run in Hassan II Park in Rabat. The run was characterised by the participation of Her Royal Highness Princess Mary, Crown Princess of Denmark, with hundreds of pupils and students from several educational institutions in the capital of the Kingdom.