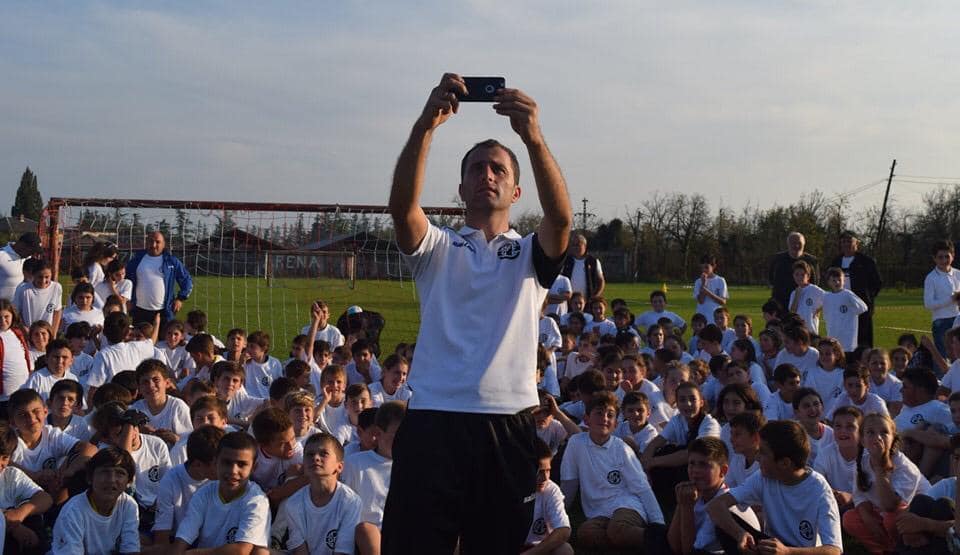 In 1957, the brothers Gigla and Guram Surmava founded F.K. Salkhino in a small town called Martvili. 55 years later their grandson Jesi Surmava carried out an amazing project in the small village Sergieti, where the village’s inhabitant is around 900 families. He established a football academy in the country, and this year he was awarded one of UEFA’s highest awards, the UEFA BEST Grassroot Leader Gold Medal for his projects over the years.

Everything started in 2006 when 21-year-old Jesi attended the training workshop of Open Fun Football School (OFFS) in Borjomi, Georgia, led by Anders Levinsen and the same year participated in the implementation of OFFS project in Martvili Municipality. In the following years, he has got C, B and A license in UEFA training courses for coaches and participated in OFFS and UEFA programs and seminars in Spain, Moldova and Malta. In 2011, he founded a football school in the village Sergieti, which was the first precedent in Georgia when an independent football school was established as a separate legal entity on the balance sheet of the municipality.

Here are some things this young man has accomplished:

The manager of Georgian OFFS.